GREENPEACE has slammed a proposal to prospect for gas on the Costa del Sol.

The global pressure group has called for an immediate halt to the exploration project, which could cause ‘chronic contamination’ and a lasting impact on marine life.

Spanish boss Sara Pizzinato insists that the scheme proposed off Mijas ‘poses a huge risk of spills, fires and pollution’.

She claims that some of the worst consequences will be felt by turtles and tuna that are already facing serious problems due to over-fishing and pollution.

And she added that one of the areas most likely to be affected is the celebrated sea grass bed, off Calahonda, which is an EU site of community interest.

The area is home to over 1,000 species of marine life and around 400 plant species, claim the pressure group.

In addition the group claims the scheme could have a ‘serious impact’ on both tourism and fishing; sectors that are ‘fundamental to the economy.’

It comes after the Environment Ministry gave oil giant Repsol the green light to move forward with the project providing it complies with a series of conditions to minimise the environmental impact.

These include the development of an accident mitigation plan and that the drilling be carried out between February and April to avoid whale and bird migration and the tourist season.

Repsol has said it will study all restrictions before deciding whether to go ahead with the project. 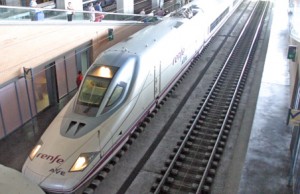