SPAIN had its hottest year on record last year and climate change is ‘now noticeable’, weather agency AEMET has said.

The airport in Granada was the hottest spot in the country in 2017, reaching an official high of 45.7ºC on July 12, a full 2.7C higher than that weather station’s previous record, back in 1972.

“2017 was an extremely warm year in Spain: the average annual temperature was the highest in the historical record, with an average temperature of 16.2ºC, a value that is 1.1ºC higher than the annual average,” said AEMET.

“Of the ten warmest years in Spain since 1965, seven have been in years of the 21st Century and five of those have been in the current ten-year period that began in 2011. (It seems climate change is now noticable).”

Night-time minimum temperatures during the summer period also broke records, with temperatures in the early hours at the start of August not dipping below 26ºC in Madrid, 27ºC in Alicante or a sweltering 28.9ºC on the Balearic Islands.

The previous highs in all of these places were prior to 1978, and in two places—Zamora and Alicante—the 1930s.

“In an area between Palencia and Valladolid, another in western Extremadura and in parts of the Canary Islands, rainfall didn’t even reach half of its normal level.” 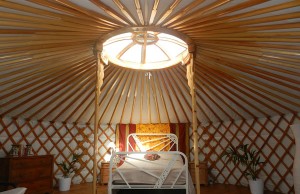 Green Travel On The Rise In Spain