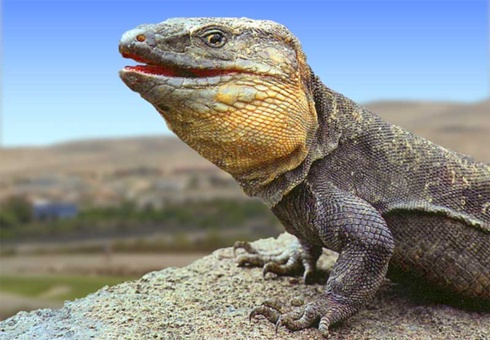 SPAIN’S biodiversity is one of the richest in Europe but it is also among the most fragile.

Climate change, urban development, human encroachment and hunting are all taking their toll on the country’s majestic fauna, including some you may never even have heard of.

Some wonderful conservation work is being carried out but there is a long way to go before Spain’s endangered species are safe. Check out 11 native species still living life on the edge.

The world’s most at-risk species and Spain’s most impressive success story to date. Once dead cats walking, combined efforts by the government, EU, WWF and other NGOs brought the lynx back from the brink of extinction in the early 2000s to more than 400 adults today. There is still work to be done though, as the lynx is still classed as endangered, with both illegal hunting and road kill continuing to take their toll.

Wolves roamed the Riberano peninsula until the 1900s but Franco started an extermination campaign in the 1950s and 60s, when they were classified as vermin.The campaign wiped them out from all of Spain except the Sierra de la Culebra in the north west. Numbers are beginning to stabilise but are still nowhere near previous levels. Conservation efforts have often been hampered by hunters and farmers who see them as a threat to their livestock.

This Eurasian bear dwells in the Cantabrian mountains of the north. It’s a timid animal, and will avoid human contact where possible. The hunting of these bears was legal until the 1960s and the population diminished to just 80. They were finally granted protection in 1973 and have clawed their way back to more than 200.

Unlike its migratory Eurasian cousins, this noble bird is a permanent resident of central and south-west Spain and parts of Portugal. The species was shot, poisoned and caught in traps until there were only 30 pairs left in the 1960s. Numbers have revived to around 300-400 but the eagle is still vulnerable to hunting, deforestation and chemical contamination.

One of four endangered butterfly species endemic to Spain, the females are dark brown and the males a brilliant blue. But it is losing habitat to overgrazing, development of ski resorts, climate change and people trampling vegetation on pathways.

This heathland-loving hare is another species endemic to the Cantabrian mountains. It lives high up among the peaks,but comes down in winter to escape the cold and snow. Their biggest threat is hunting, especially while they are isolated during the winter.

A small, semi-aquatic nocturnal mammal related to moles and shrews, the Pyrenean desman is one of Spain’s more unusual species. It is under threat from the construction of dams, pollution, mining and the invasion of its habitat by the invasive American mink.

Seriously threatened in the 1970s when numbers were reduced to just 200 breeding pairs, conservation has led to a healthy increase although this south west native is still listed as endangered. Illegal toxins used by farmers to kill rabbits and foxes make their way through the food chain to cause a serious threat to the black vulture. The birds also meet a gruesome end in collisions with wind turbines which are constructed on elevated areas, their main habitat.

Living across the Mediterranean and on the southeastern coast of Spain, this is the rarest seal species in the world. In the past, monk seals used to congregate on open beaches but threats from human sun worshippers have led them to seek shelter in less-easily accessible caves.

Unique to a tiny four-hectare area on the island of El Hierro in the Canaries, this large-scale wall lizard which can grow to two feet in length was only discovered in 1974. Now classified as critically endangered due to predation by feral cats and dogs, the population stands at 300 to 400.

These moth-eating winged mammals are primarily found in elevated woodland areas and mainly hang around in caves and abandoned buildings. They are threatened by deforestation, pesticides and building renovation. Endemic to the Canary Islands, only two colonies are known, one on La Palma and one on Tenerife. 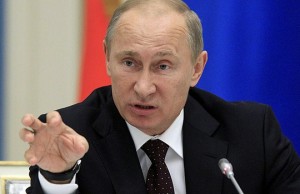