MIJAS Town Hall has confirmed it will no longer allow horses or ponies to be used in fairground rides.

It comes after a petition with 65,000 signatures was delivered to the town hall.

A spokesman for the mayor confirmed that the practice had already been banned in La Cala de Mijas and in the main town’s annual feria.

“Sadly we didn’t find out about the one in Las Lagunas local feria in time,” he said, adding: “It will definitely not happen next year.”

The petition was spearheaded by animal rights activist Michael Owens, 76, who was able to collect the signatures from around the world in rapid time.

The movement was started after residents were outraged to see one of the carousels at the La Cala feria, when they were meant to be outlawed in Spain.

Owens, who previously worked with Born Free Foundation, which opposes zoos and other animal cruelty, told the Olive Press he hasn’t heard anything from the mayor’s office directly, but he is overjoyed with the ban.

He said: “I’ve heard nothing, but the ban comes as excellent news.” 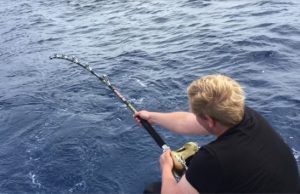