THE UN has warned ‘not nearly enough’ is being done to cut global greenhouse gas emissions. 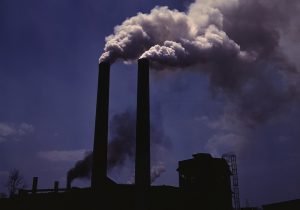 Spain, in particular, is well behind in its actions to help stave off a critical two degree safety limit rise put in place by the 2015 Paris agreement.

Once this rise has been reached scientists claim the globe reaches a ‘point of no return’ and damage is irreversible.

But while the EU has committed to a 40% reduction in emissions by 2030 compared to 1990 levels, Spain is not doing enough.

It currently ranks at 21st out of the 28 countries of Europe in its policies to combat climate change.

However, the UN has collectively criticised all governments for not doing enough.

“A year after the Paris agreement came into force, we still find ourselves in a situation where we are not doing nearly enough to save hundreds of millions of people from a miserable future,” said Erik Solheim, head of UN Environment.

The annual review, which started in 2010, said pledges cover only one-third of the cuts needed by 2030 to keep levels below those in 2005.

However, it is not all bad as the report found that carbon dioxide emissions had remained steady since 2014.

The emissions gap does not cover the consequences of a US withdrawal from the accord and should that happen the picture will become bleaker.

In terms of ranking Sweden is the current European leader in cutting emissions, while the UK comes in fifth.