A MALAGA olive oil has been crowned the best in Spain for the fourth year in a row. 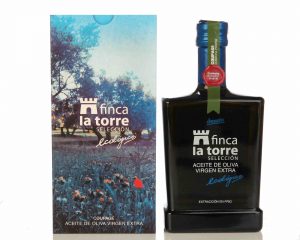 The four-year winning streak is an accolade unmatched by any other Spanish company.
Based in Bobadilla, Málaga, the farm claims to have been producing olive oil since 1260 using herbs, earth and other organic materials for flavour.

Olive grower Víctor Pérez, 35, who trained as an agronomist at the University of Córdoba, applied to work at the farm after seeing an advert in a local newspaper.

He said the success of the farm is due to its diverse workforce.

“I think that having a team of workers from different countries favors us, because each one enriches the project by contributing their own perspective,” he said.

“We started picking the olives in October, the early harvest allows us to obtain more fruity, green and fresh juices.”

The farmers use sheep to naturally fertilise their 34,000 olive trees and make cheeses as well as vinegars.

Spain is the largest olive oil exporter in the world, with most of its farms in Andalucia, where 35% of farm labourers work with olives.

Exports of the ‘liquid gold’ are expected to soar by at least 45% over the next nine years.

HIV And AIDS On The Increase In Malaga