HEALTHCARE, education and jobs will receive the lion’s share of funds from Andalucia’s purse next year in what has been hailed as a ‘strong social budget’. 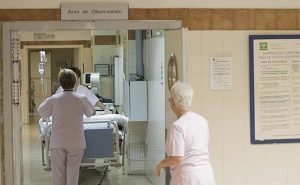 Some €30 billion will go towards implementing new policy, with the remaining figure going towards paying off debt.

Minister of Finance, María Jesús Montero stressed that the budget was of a ‘strong social character’, with 83% of total funding going towards social expenses.

“The budget seeks to revitalise public services and ensure the creation of employment for the citizens of Andalucia,” Montero said.

Almost a third of the entire budget will go towards health, with €9 billion alone going towards the maintaining of the Andalucian Health Service, the biggest allocation in its history.

The Junta has identified unemployment as a key issue and funding for education and training schemes have also been given a priority.

The education system alone will receive €7.5 billion, of which €1.5 billion will go towards supporting universities.

A further €2.1 billion has been allocated for schemes including vocational training for employment and an innovative industrial employment program.

Funding for public services has also increased by 1.2% with improvements to be made to the Malaga metro and the completion of the new Hospital de La Línea.

The figures will now be forwarded to the Andalucian Parliament for debate and final approval.