AT least 46,400 Spaniards lost their jobs in August as the tourism season began drawing to a close, new figures have revealed. 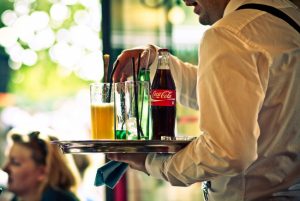 The figure is a much sharper rise in unemployment than over the same period last year, when the number of jobless claims increased by 14,435 people.

There are now 3,382,324 people officially registered as being out of work in Spain.

The number of people contributing to social security fell to 18,309,844 people in August, after retreating 0,97%.

The figure represents the greatest job destruction for a month of August since 2008, the beginning of the financial crash.

Meanwhile, a new Eurostat survey has found that Spain is among the member states with the greatest number of people working in temporary posts against their will.

In 2016, 91.4% of Spain’s temporary workers said they would have preferred to be in a permanent position. Only Cyprus had a higher rate, at 92.2%. Most of these workers want a more stable, full-time job – particularly since these pay better.

Around 27% of Spain’s jobs are temporary.

New Ebola Vaccine Will Be Tested In Madrid