FARMERS have mounted a campaign to try overcome a feared drought. 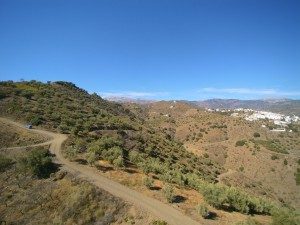 Members of both La Plataforma de Aguas de la Axarquía and the Spanish Association of Producers of Tropical Fruits want an irrigation pipeline to be built between west and eastern Malaga after officials warned that an official drought decree is likely to be called in the Axarquia area by the end of summer.

They argue that a pipeline between Costa del Sol’s Guadiaro and Genal reservoirs to La Vinuela would transport water to their crops from the much wetter west, which has seen 122 litres per metre squared in the last few weeks against only 7.5 in the comarca.

Cultivators also want better linkages between reservoirs in Cordoba and Granada so they can double the current surface of avocados and mangoes, to better compete with other fruit-producing countries.

Currently, crops on 6,500 hectares are currently at risk in Axarquia due to the water shortages, which has forced 9,000 farmers to implement emergency water saving measures.

Public company Acuamed proposed the idea in 2016 but it has not yet received any public acknowledgement from the Junta.

“It is regrettable that restrictions are imposed here when there are areas where immense quantities of water are being thrown into the sea, such in wester Malaga, whose Guadiaro and Genal basins dump about 750 cubic hectometres,” said José Linares, president of the Spanish Association of Producers of Tropical Fruits.