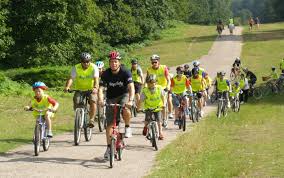 AN AMBITIOUS bicycle scheme will soon roll into action in Andalucia, thanks to a multi-million euro investment by the Junta de Andalucia.

A total of €33.10 million has been earmarked for the Plan Andaluz de la Bicicleta, to encourage more people to travel on two wheels by 2020.

The investment is part of a transport plan approved for the region overall, of which €10.8 million is expected to be spent on projects in 2017.

They include a pedestrian and cycle path on the SE-30 ring road in Sevilla, and cycle lanes in cities such as Cordoba, Jaen and Huelva.

REVEALED: The most expensive place to fill up your car in Spain… and it costs even more than the UK!

Jamon Iberico To Have Its Quality And Status Protected