MALAGA’S reservoirs are at their lowest level in over ten years, sparking fears of widespread water bans. 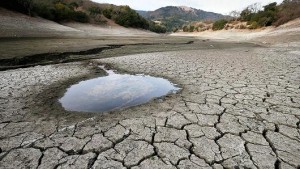 Water capacity in the province has dropped by almost 15% from last year to 332 cubic hectometres while one of its key suppliers, the Guadalhorce reservoir, is dangerously low at 170 cubic hectometres.

If the dry weather continues and levels drop to 109 cubic hectometres, residents could see a repeat of the emergency drought measures and hosepipe bans last brought into force in 2005.

That plan saw the suspension of street cleaning and the irrigation of gardens and public and private parks.

Ornamental fountains, public showers and fountains were also banned or restricted, while the filling of swimming pools was cut back by 15%.

The threatened drought comes despite the government’s investment of €35m in the reservoir network.

The Junta de Andalucía met with farmers at the start of February to explain that early measures may be taken if rainfall stays 25% below average by the end of May.

Villanueva de la Concepción’s town hall says the current situation is ‘alarming’ and that they expect the summer to be ‘complicated’.

They are already urging residents to be conservative in their water use.