STORM Ana brought chaos to the streets of Malaga as fallen trees blocked off roads.

Malaga town hall has said it will replace up to 9,000 trees that are deemed high risk because their chances of surviving another storm are low.

Alameda Principal, known for its long lines of trees, was particularly damaged with only four trees along the whole stripe are deemed healthy enough.

The town hall hopes to replace all high-risk trees within the next 25 years.

Wind gusts of 100 kilometres per hour resulted in 40 trees being uprooted, with one injuring a 63-year-old woman as emergency services dealt with 100 incidents.

Malaga airport also came to a standstill as several flights were cancelled and redirected. 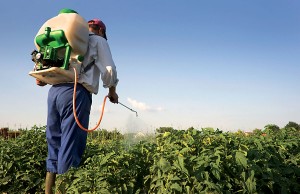 NGOs Say No To Poisonous Pesticides In Spain