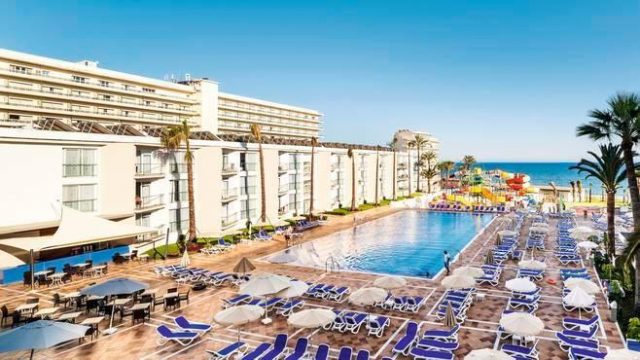 TWO Scottish sisters had their dream holiday to Malaga cut short after their toddlers were poisoned by a hotel’s undercooked food.

Victoria Deans, 27, and sister Louise, 33, had to dole out another €1,700 to fly back early because the raw chicken and pork left their kids so ill.

The mums are now seeking a refund from holiday operator Thomson after their €5,000 holiday was cut in half.

Victoria’s one-year-old son Harris and her 10-month-old niece Evie began vomiting after a meal at the Globales Playa Estepona.

“We realised too late that the chicken and pork was raw in the middle,” said Victoria, from Edinburgh.

“They were very poorly with sickness and diarrhoea. A doctor told us it was food poisoning but it was too difficult to take them to hospital as we had our other kids to care for.”

The sisters, who have three kids each, returned just eight days into their 14-day holiday so Harris and Evie could recover at home.

Victoria added: “The hotel was awful and we spent most of our time caring for two very ill children. We want a refund.

Thomson’s said: “We’re in contact with the customers to resolve the situation.” 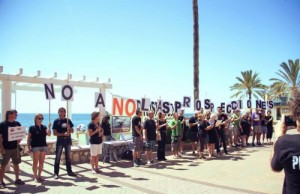