SPAIN has received a massive slap on the wrist by the EU for causing decades of damage to the environment.

The European Parliament is demanding a freeze of millions of euros of grants for its failure to get to grips with the destruction of its coasts and other protected spaces.

MEPs have passed the report, which also sided with the rights of thousands of expatriates who have bought houses deemed illegal.

It is calling for them to be compensated and criticised the ‘outrageously slow’ process for victims, who bought properties in good faith only to have them later declared illegal.

MEP Michael Cashman, who has twice visited Spain to investigate its controversial practices, greeted the news with mixed emotions.

“I am pleased, but I am also frustrated that it has taken three separate reports for the issue of illegal homes to be dealt with,” he told the Green Guide.

“I hope this decision will finally bring justice to those who have been without it for so long.”

In an embarrassing dig at Madrid, the European Parliament praised the tens of thousands of Spanish and non-Spanish petitioners who have brought the issue to its attention.

It also criticised party leaders who claim the problems are only raised by foreigners who do not understand Spanish laws.

Deep concern was also expressed at the lax judicial proceedings which have created ‘a form of endemic corruption’.

The finger pointed at the ‘irrational and greedy’ behaviour of developers and town halls for the deep recession Spain now finds itself in. It said that they had far too much power at the expense of communities and citizens.

Singling out the worrying town planning situation in Marbella the report claimed ‘tens of thousands of homes have been constructed in contravention of EU legislation on environmental protection.’

Mention was also made of the developments in the environmentally-protected areas of Almeria, including the controversial Hotel Algorrobico.

It has insisted that an urgent review is held on the 1988 Coastal Law, which despite its attempt to restore the coastal environment, is being applied unfairly.

Cashman has urged residents to continue with the good work and hold their leaders to account in the European elections this year.

He said: “People should be using their vote to ensure progress in this area. Make sure your vote counts.”

Despite the unlikely alliance formed between both the PP and the PSOE parties to try and influence the vote, their European neighbours voted 349 in favour with just 110 against. 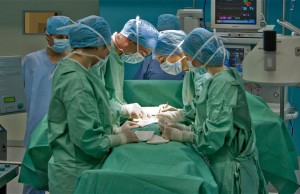